The Role of Polyploidy in Phenotypic and Genomic Evolution in the Shy Monkeyflower, <i>Mimulus sookensis<i> 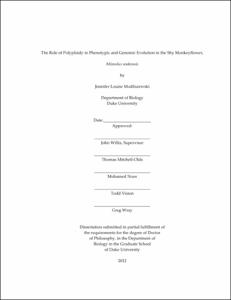