The Anatomy of Mastication in Extant Strepsirrhines and Eocene Adapines 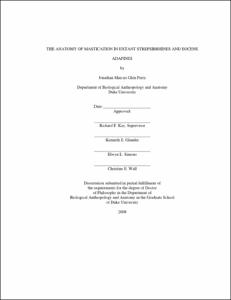