Closing the Cycle: Captive Breeding for the Gastropod Strombus 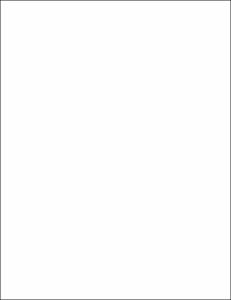 The large gastropod queen conch, Strombus gigas, is a valuable food source throughout the Caribbean and the Florida region. The markets for S. gigas are adult meat for chowders and fritters, and shells for decoration. Excessive over-fishing of S. gigas has led to its listing on Appendix II of CITES and mandated a statewide fishing moratorium in the Florida waters. To help preserve the species, biologists are successfully culturing queen conch from egg stage to market. However, the cycle is not closed. Egg masses are collected from reproductively active adult populations in the field. This means that the aquaculturist is heavily reliant upon spawning aggregations for continued culturing success of this threatened species.

In response to the need for specimens for aquaculture, we began a captive breeding program for Strombus species in June 2000 at Harbor Branch Oceanographic Institution, Ft. Pierce, Florida. A breeding arena was built in a large round tank (4.5 m dia x 0.9 m height). The tank was divided into 4 equivalent sections (4.1m^2) and filled with water to 0.42 m above the substrate. This recirculating tank system is equipped with an undergravel filter system, comprised of coarse Bahamian aragonite sand (1-3 mm) at a depth of 10 cm. The tank was located in a greenhouse structure, allowing for natural photoperiod during our experiment. The mean water temperature was 27°C and salinity 34 ppt.

There are seven species of Strombus in the Caribbean and Florida region. We chose 3 non-restricted species (Strombus costatus, milk conch; Strombus raninus, hawkwing; and Strombus alatus; Florida fighting conch) as well as S. gigas to begin our breeding program. These smaller, less threatened Strombus may also prove to be a premium food item and a successful aquarium animal. A total of 24 adult conch were collected: five S. costatus (3 female, 2 male), seven S. raninus (5 females, 2 males), eight S. alatus (4 females, 4 males), and four S. gigas (1 female, 3 males) from the Florida Keys and placed into their respective quadrants on June 16 and July 16 (for S. gigas).

The number of copulating pairs and spawning females were noted on a daily basis for the first 49 days (7 weeks). Collected egg masses were measured for size, number of eggs, and egg capsule and strand diameter. In 36 weeks we collected 401 egg masses. S. raninus began breeding on day 2 and continued to breed persistently through early November. S. raninus laid 336 egg masses. We also had success with S. alatus, 44 egg masses; S. costatus laid a total of 19 egg masses, and we were able to get S. gigas to lay two egg masses in mid-February. The viability of the eggs was confirmed as we successfully hatched several egg masses from all four species and raised them through juvenile stage. Based on breeding success of these species we hope to establish the commercial ability of a captive breeding program, and establish alternative aquarium and juvenile queen conch market.