The cost of biopharmaceutical R&amp;D: Is biotech different? 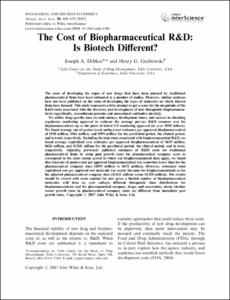