Genetic evaluation of a proposed introduction: the case of the greater prairie chicken and the extinct heath hen. 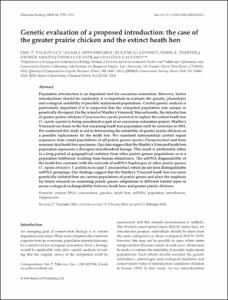