Are the Economics of Pharmaceutical R&D Changing? Productivity, Patents and Political Pressures 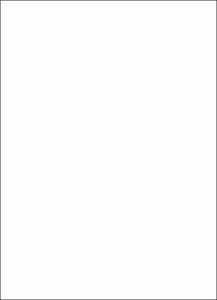 View / Download
189.3 Kb
Date
Author
Grabowski, Henry G
Repository Usage Stats
232
views
534
downloads
Abstract
Pharmaceutical R&D competition in the 1980s and 1990s was characterized by rising R&D expenditures, favorable returns to innovators, and the introduction of many new classes of drugs with high social benefits. However in the past three years the number of new drug introductions has been below the historical trend, while costs per new drug continue to increase. Another important concern affecting the industry is the fact that many leading drugs under patent are being challenged by generic firms. Under the 1984 Hatch-Waxman Act, generic firms have strong incentives to be the first to challenge a patent given the 180 day exclusivity provision. Many generic firms have developed a business model which involves prospecting in patent suit challenges. Congress is currently considering legislative changes to the 1984 Act, but is not addressing this important issue. Looking forward, a key issue will be how the pending Medicare Rx drug benefit is implemented. Initially Congress is likely to structure the Medicare benefit using traditional PBM and managed care competition to keep costs in check. However, Medicaid programs recently have become more aggressive in their cost containment programs. Many states have adopted preferred drug lists with prior authorization and thirteen states now have quantity limits on the number of prescriptions per month. Over time Medicare will likely confront similar budgetary problem to the states’ and experience pressures to expand the scope of the program. A long term dynamic toward more aggressive cost containment would have particularly adverse consequences for innovation.
Type
Journal article
Permalink
https://hdl.handle.net/10161/6705
Collections
More Info
Show full item record

Professor Emeritus of Economics
Professor Grabowski specializes in the investigation of economics in the pharmaceutical industry, government regulation of business, and the economics of innovation. His specific interests within these fields include intellectual property and generic competition issues, the effects of government policy actions, and the costs and returns to pharmaceutical R&D. He has been publishing research papers for over four decades, from his earlier work, “The Effects of Regulatory Policy on the Incentives