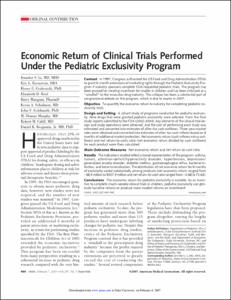 Kiser-Arena Distinguished Professor
Dr. Danny Benjamin is the Principal Investigator and Chair of the National Institute of Child Health and Human Development’s Pediatric Trials Network. The Network is responsible for designing and leading clinical trials of off-patent medicines in children of all ages across all therapeutic areas. The team has established, or is actively studying, the correct dosing and safety of more than 70 of the most commonly used medicines in children. E Associate Professor Emeritus in Medicine
Research Interests: Dr. Eisenstein is a member of the Duke Clinical Research Institute&#8217;s Outcomes Research and Assessment Group, with a special interest in understanding the relationships between complex interventions in health care systems and the long-term clinical and economic outcomes of patients. He has served as Principal Investigator for phase II, III, and IV economic and quality of life studies conducted alongside randomized clinical trials in cardiovascular, emerge Adjunct Professor in the Department of Medicine
Kevin A. Schulman, MD, MBA, is a professor of medicine and the Gregory Mario and Jeremy Mario Professor of Business Administration (2010 - 2016) at Duke University. He is a visiting professor of business administration at Harvard Business School. He holds several leadership appointments at Duke. He is an associate director of the Duke Clinical Research Institute in the School of Medicine, the country's largest academic clinical research organization. In Duke's Fuqua School of Business, he s
This author no longer has a Scholars@Duke profile, so the information shown here reflects their Duke status at the time this item was deposited.
More Authors
Alphabetical list of authors with Scholars@Duke profiles.