Managing the Nitrogen Cascade: Analysis of the International Management of Reactive Nitrogen 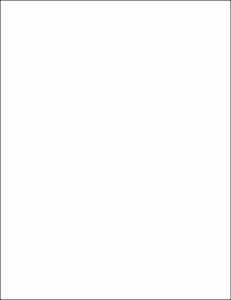 View / Download
1.5 Mb
Date
Author
Woiwode, Nathan
Advisor
Salzman, James E
Repository Usage Stats
481
views
667
downloads
Abstract
Reactive nitrogen (Nr) plays a role in numerous environmental and human health concerns, including climate change, eutrophication, acid rain, respiratory illness and cancer. While produced naturally, increased human creation of Nr, primarily through the creation of nitrogenous fertilizer, is fueling a growing problem in today’s world. It is anticipated that by 2050, humans will produce as much as eight times the current level of reactive nitrogen, further exacerbating these environmental and health concerns. An issue that further complicates Nr management is the nature of Nr in the environment. Reactive nitrogen is capable of cycling through many different forms and compounds (NH3, NOx, N2O, etc.) before returning to the more stable state of N2. This property, labeled the “nitrogen cascade” means that management of Nr pollution must occur simultaneously on multiple pollutants and in multiple media (atmospheric, aquatic, and terrestrial). This also means that an international effort is needed to combat Nr pollution. To date, international policies have been relatively ineffective in combating Nr pollution, suffering from three main limitations: (1) geographic exclusion of developing countries, where it is anticipated that the greatest growth in Nr pollution will occur, (2) lack of enforceability, and (3) a lack of a multi-pollutant, multi-medium approach that accounts for the nitrogen cascade. Considering these limitations, this analysis recommends that the international community develop a new global framework convention to combat reactive nitrogen. This convention should use regional bodies as its action units, require the creation of national level nitrogen emissions inventories, develop methods for sharing scientific information and best practices, and establish international targets for the reduction of Nr pollution in to the environment. However, there is a uniqueness to this problem that cannot be understated; Nr is essential for much of the world’s food supply, causing this problem to be a very delicate balancing act between meeting growing human needs and mitigating damage to the natural environment.
Type
Master's project
Department
Nicholas School of the Environment and Earth Sciences
Subject
Reactive nitrogen
Environment
Health
Nitrogenous fertilizer
Permalink
https://hdl.handle.net/10161/71
Citation
Woiwode, Nathan (2006). Managing the Nitrogen Cascade: Analysis of the International Management of Reactive Nitrogen. Master's project, Duke University. Retrieved from https://hdl.handle.net/10161/71.
Collections
More Info
Show full item record