Civil Resistance or Rebellion: The Impact of Country-Level Factors on Revolutionary Strategy 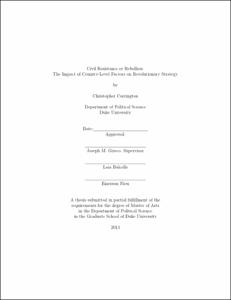