Return to the Motherland: Maternal Landscape and Evolution of Homo Sacer in Beckett, Coetzee, Fugard and Duiker 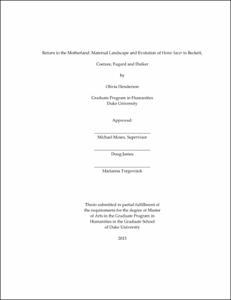 This paper examines how Beckett and Coetzee probe the limits of the human (physically, psychologically, spiritually, legally, politically) and compares and contrasts these two writers (who operate in a more-or-less allegorical land- and timescape) with Athol Fugard and his Boesman and Lena (which operates in a more particularized, apartheid-specific setting). The latter portion considers how K Sello Duiker's Thirteen Cents explores internal displacement and being on the fringes of personhood/humanity and reproduces a similar kind of circular mini-odyssey not unlike Coetzee's Michael K. Also of interest is Nixon's "environmentalism of the poor," in relation to the lightness of being that K aspires to--what is the very least one actually needs to sustain human life?