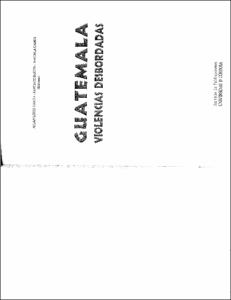 Professor of Cultural Anthropology
I began fieldwork in Guatemala in 1985 exploring the impact of civil war on highland indigenous communities with a focus on the more than 100,000 people made into refugees and 200,000 people murdered in what the United Nations has called genocidal violence. Since then my research has sought to understand the causes and effects of this violence, including the destruction and reconstruction of community life (Guatemala: Los Polos de Desarrollo: El Caso de la Desestructuracin de las Comunidades Ind