The Impact of Surfactant Protein D, Interleukin&#8209;5, and Eosinophilia on Cryptococcosis 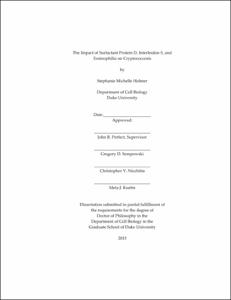