STEWART VS. COLBERT 2012: HOW SATIRICAL COVERAGE OF THE 2012 PRESIDENTIAL ELECTION AFFECTED COLLEGE STUDENTS 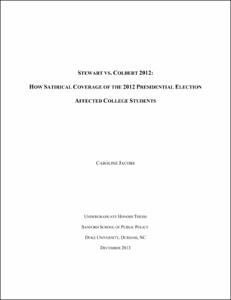