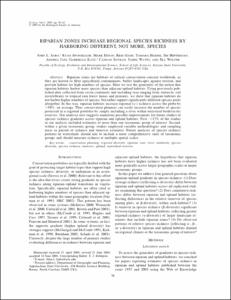 Associate Professor of Ecosystem Ecology and Ecohydrology
I am interested in major changes in ecosystem structure, particularly in streams, rivers and wetlands. My work focuses on feedbacks among ecological, physical, and biogeochemical processes, and uses a wide range of tools and approaches. I am particularly interested in projects that address both basic ecological theory and pressing environmental problems. Increasingly, we are applying tools and theories developed for local ecosystems to better understand ecological patterns and mechanisms at regi