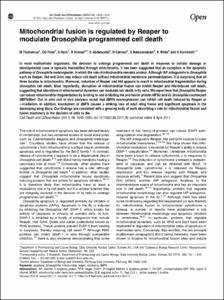 Assistant Consulting Professor in the Department of Pathology

Jo Rae Wright University Distinguished Professor
Our lab studies the regulation of complex cellular processes, including cell cycle progression and programmed cell death (apoptosis). These tightly orchestrated processes are critical for appropriate cell proliferation and cell death, and when they go awry can result in cancer and degenerative disorders. Within these larger fields, we have focused on understanding the cellular mechanisms that prevent the onset of mitosis prior to the completion of DNA replication, the process
Alphabetical list of authors with Scholars@Duke profiles.