The Impact of Reservation Policy on Education in India: An Evaluation of Karnataka's Gram Panchayat Presidency Reservation and Children's Education Attainment for Scheduled Caste and Scheduled Tribe Households 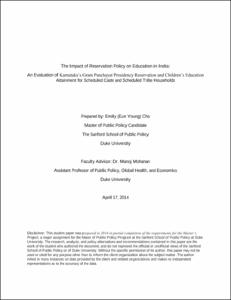