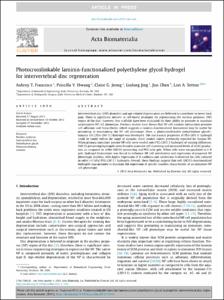 Associate Professor of Orthopaedic Surgery
This author no longer has a Scholars@Duke profile, so the information shown here reflects their Duke status at the time this item was deposited.

Adjunct Professor of Biomedical Engineering
Research in Setton's laboratory is focused on the role of mechanical factors in the degeneration and repair of soft tissues of the musculoskeletal system, including the intervertebral disc, articular cartilage and meniscus. Work in the Laboratory is focused on engineering and evaluating materials for tissue regeneration and drug delivery. Studies combining engineering and biology are also used to determine the role of mechanical factors to promote and control healing of cartilaginous tissues. Re
Alphabetical list of authors with Scholars@Duke profiles.