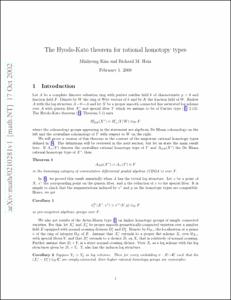 Professor of Mathematics
I am a topologist whose main interests include the study of the topology of complex algebraic varieties (i.e. spaces that are the set of common zeros of a finite number of complex polynomials). What fascinates me is the interaction between the topology, geometry and arithmetic of varieties defined over subfields of the complex numbers, particularly those defined over number fields. My main tools include differential forms, Hodge theory and Galois theory, in addition to the more traditional to