Parsing Parley: Strategy and Outcome in Negotiations Between States and Non-state Armed Groups 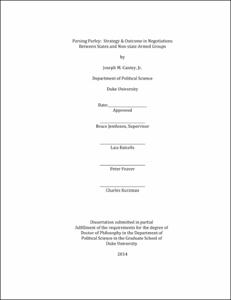