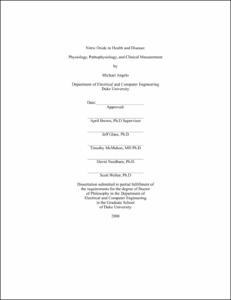 Red blood cell-dependent hypoxic vasodilation is largely mediated via the delivery of NO through S-nitrosohemoglobin (Hb-SNO). Hb-SNO is regulated through allosteric and redox mechanisms that are not well understood. Part One of this dissertation explores the biochemical features of Hb micropopulations suggested to be involved in Hb-SNO synthesis. An NO-liganded mixed valency micropopulation was synthesized in vitro and identified spectroscopically as a ferric nitrosyl species (Fe(III)NO). Remarkably, this species was found to undergo a reaction that couples heme reduction and S-nitrosylation of β93C. The biochemical properties of this species were found to resemble those of Hb valency hybrids (VHy's) identified by others in previous work. The similarities between the two species are discussed, and a model for Hb-SNO formation, including the putative identification of the intermediates involved, is proposed. Part Two explores the insights provided by this chemistry as it is relevant to human pathophysiology in the context of Hb-SNO depletion of RBCs in stored blood. Hb-SNO and membrane S-nitrosothiols were found to be depleted after only two days of storage. The vasoactive function of stored RBCs has been shown in previous work to be impaired relative to controls. These findings, in conjunction with the this study, could implicate NO dysregulation as a primary component in the etiology of hypoxic diseases and the negative sequelae associated with blood transfusions. The results from Part Two suggest that NO blood gas measurements could serve an important role in improving clinical outcome of patients with hypoxic diseases. The goal of the work presented in Part Three is to begin to address this emerging need by developing an economical and pragmatic sensor platform for routine clinical use in both an outpatient and inpatient setting.