Jewish Cemeteries in Poland as a Testimony to the State of Affairs: The Ruined Garden, Twenty Years Later 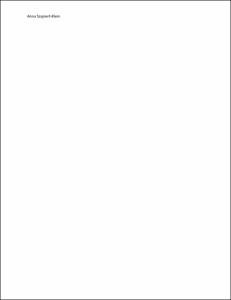 View / Download
18.9 Mb
Date
Author
Szajnert-Klein, Anna
Advisor
Mauskopf, Seymour
Repository Usage Stats
339
views
213
downloads
Abstract
This project is a quest into the vanished world of Polish Jewry, a world that flourished for about a millennium until its brutal annihilation in recent history. I investigate the most abundant vestiges of that world: Poland’s Jewish cemeteries, comparing their present states to that of twenty years ago. The inspiration for this project came from an oeuvre of Monica Krajewska, published in 1993, which documents and poetically describes 54 Jewish cemeteries in Poland. My project explores 15 of the 54 cemeteries documented by Krajewska, and compares pictures of the same sites taken twenty years apart: by her, in 1993 and by me, in 2013. In addition to photo comparison, the project presents rich anthropological material gathered by interviewing people connected in different ways to the cemeteries I visited. The various conditions of these sites including a frequent lack of adequate care, often unsuccessful efforts to rescue them, the questionable involvement of different organizations and individuals, and the financial problems connected to these exquisite sites offer a window into the complex reality of Polish/Jewish relations. The situation of the Jewish cemeteries in Poland becomes a testimony to the current state of affairs.
Type
Master's thesis
Department
Graduate Liberal Studies
Permalink
https://hdl.handle.net/10161/9250
Citation
Szajnert-Klein, Anna (2014). Jewish Cemeteries in Poland as a Testimony to the State of Affairs: The Ruined Garden, Twenty Years Later. Master's thesis, Duke University. Retrieved from https://hdl.handle.net/10161/9250.
Collections
More Info
Show full item record