Dire Straits: The American Canadian Dispute Over the Northwest Passage and a Policy Recommendation to Improve Arctic Security 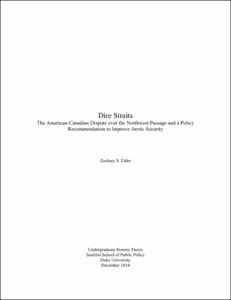