Convergent differential regulation of parvalbumin in the brains of vocal learners. 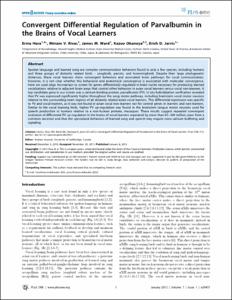