Variation in Inpatient Rehabilitation Utilization After Hospitalization for Burn Injury in the United States. 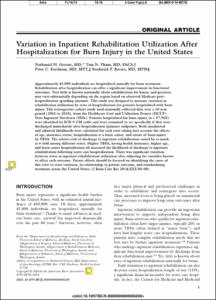