Birthdays, Schooling, and Crime: New Evidence on the Dropout-Crime Nexus 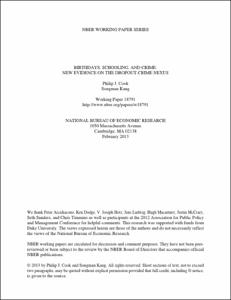