The Implications of Population Aging for Economic Growth 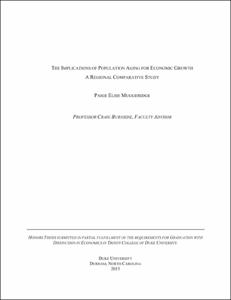