Uncertainty in the Forecast of Net Load Ramp in CAISO Region 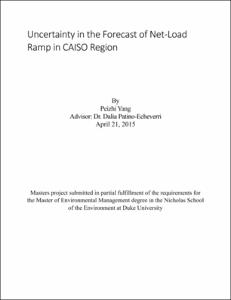