An Economic & Environmental Analysis of the JetBlue Airways Ground Support Vehicles: A Proposed Implementation of a Cleaner-Burning Fleet 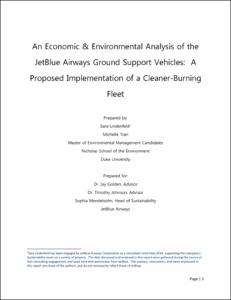