A Preliminary Assessment of the Blue Carbon Capacity of Belizean Mangroves with Ecological, Economic, and Policy Perspectives 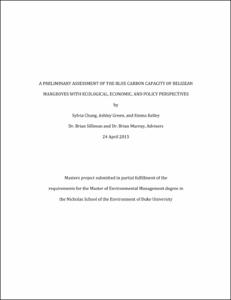