Peace and war: trajectories of posttraumatic stress disorder symptoms before, during, and after military deployment in Afghanistan. 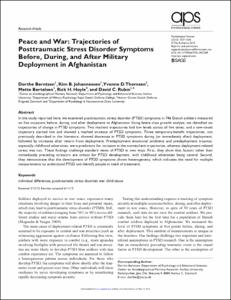