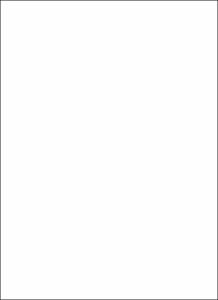 View / Download
5.2 Mb
Date
Author
Webbink, Patricia Glixon, 1943-
Advisor
Robert C. Carson, Supervisor
Repository Usage Stats
1,166
views
9,313
downloads
Abstract
The meeting of the eyes is a potent form of communication. The eyes are able to convey many subtle nuances of feeling by their complex capacity for expression. Their stimulus configuration has made them highly noticeable; they serve as an innate releaser for the responses of animals and infants. The fact that they are critical in the maternal - infant relationship later gives them special meaning to the adult person. This is conveyed in the many references to the eyes found in literature, language, art, and mythology. Psychologists have begun to recognize, both in research and practice, the importance of eye contact in interpersonal interaction. Eyes intensify expressions of warmth and empathy, as well as hostility and aggression (Ellsworth & Carlsmith, 1968). Recognizing this, psycho- therapists have begun to emphasize the intimacy value of eye contact. Group therapists and sensitivity trainers often ask strangers to engage in eye contact as a way of transcending interpersonal barriers in a group. Many of the relationships between eye contact and variables such as sex, age, race, and culture have been investigated. It is assumed in most of these studies that eye contact leads to intimacy. The present study will attempt to document this assumption. For this purpose, it was hypothesized that 3 minutes of silent eye contact between a female subject and a confederate would facilitate inti- macy more so than the two selected silent control conditions which were also of 3 -minute duration. One of these involved looking at another part of the body, the hand, and the other was an interaction in which no instructions were given other than to maintain silence. For this study, intimacy was postulated to be composed of the Rogerian attitudes which facilitate therapeutic change - empathy, positive regard, and congruence. In addition to the main effect of condition, a secondary prediction involved a main effect of personality. That is, the way a subject responded to the confederate was partly related to the subject's style of relating to people, regardless of experimental condition. A three-way interaction effect was predicted for the dependent variable of state anxiety such that high AFFE would lead to an increase in anxiety going from high interpersonal contact- -the eye contact condition- -to low interpersonal contact- -the hand and non-directed conditions. The reverse was predicted for low AFFE. In addition, the magnitude of the interaction would differ for high vs. low anxious subjects on the trait anxiety. That is, the amount of anxiety experienced by high and low AFFE subjects in both the high and low contact conditions was hypothesized to be less. As predicted, in all cases women who made eye contact expressed more intimacy than the those with no eye contact. By their own report, they felt more empathy, positive feeling, and willingness to tell intimate details about their lives to the women they had visually contacted than did the women in the other situations. Furthermore, the hypothesis was partially confirmed that subjects who usually express affection to other people (high AFFE) feel greater empathy than do low AFFE subjects. Only in the case of empathy was the difference between high and low AFFE significant; however, the trend was in the predicted direction for self-disclosure and positive feeling variables. The final hypothesis was not supported. That is, trait anxiety did not interact significantly with condition and personality for state anxiety. Problems in the measurement of this variable may have accounted for the nonsignificant results. Implications for further research are discussed.
Description
This thesis was digitized as part of a project begun in 2014 to increase the number of Duke psychology theses available online. The digitization project was spearheaded by Ciara Healy.
Type
Dissertation
Department
Psychology
Subject
Visual perception
Intimacy