Condoms and Consent: Exploring the Relationship Between Sexual Health and Sexual Violence on College Campuses 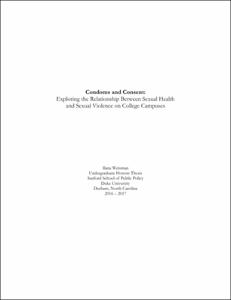