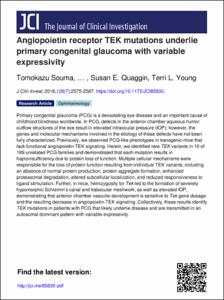 Adjunct Professor in Ophthalmology
Terri L. Young, M.D., M.B.A. is a board-certified clinician-scientist ophthalmologist.  She is a Professor of Ophthalmology, Pediatrics, and Medicine at Duke University School of Medicine.  She is a Professor of Neuroscience at the Duke- National University of Singapore Graduate Medical School, with adjunct appointments at the Singapore Eye Research Institute and the Saw Swee Hock School of Public Health, National University of Singapore.  She is the founding Director of the Duke
Alphabetical list of authors with Scholars@Duke profiles.