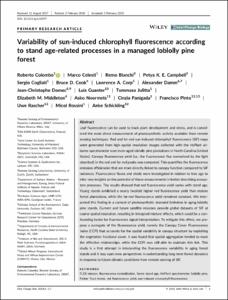 Visiting Professor in the Nicholas School of the Environment
Bordeaux Sciences Agro in FRANCE (primary appointment)Discovery of knowledge in Plant water relations, ecosystem ecology and ecohydrology, with special focus on: - Long-distance water transport under future climate; - Drought tolerance and avoidance; - Patterns of changes in structural and functional traits within individual plants. My goal as a researcher is to improve the fundamental science understanding of how plants and terrestrial ecosystems respond to climate