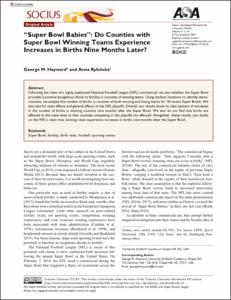 Research Scientist
Anna Rybińska is a postdoctoral research scientist for Family Connects Internationaland the Prospective Study of Infant Development. She joined the Center for Child and Family Policy in August 2019. Her research interests focus broadly on the variation in family formation patterns across t