Collaborative Climate Change Communications: An Assessment and Recommendations for the Future 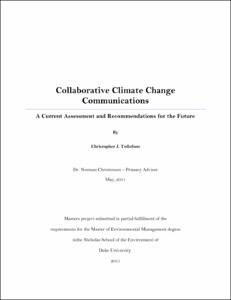