In Vitro and in Vivo Cytokine-Associated Immune Response to Biomaterials 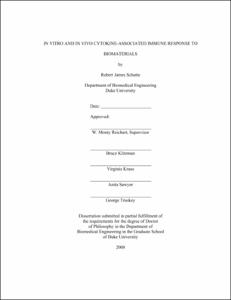