The Illusion of Safety: Lawfare and the Democratic Security 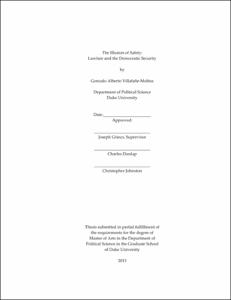