Do females have friends? The nature of social bonds among female chimpanzees (Pan troglodytes schweinfurthii) at Gombe National Park, Tanzania 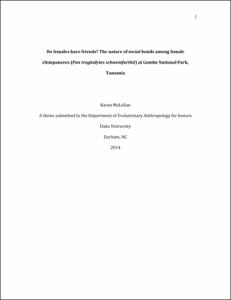