Curious Tales and Captivating Voices: The Ballad Singing Tradition of the Southern Appalachians 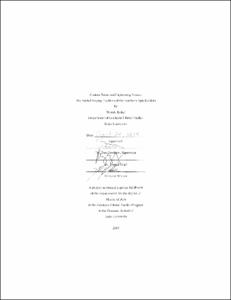 View / Download
435.9 Kb
Date
Author
Baker, Wendy
Advisor
Brothers, Thomas D
Repository Usage Stats
246
views
409
downloads
Abstract
This paper explores the ballad singing tradition of the Southern Appalachian mountains, with a particular focus on Western North Carolina. This oral tradition and its rich array of songs, some of which date back to the Middle Ages, found its way to North America alongside European settlers. The ballads feature tales of romantic love, but also address taboo topics such as violence, murder and infanticide. The Southern Appalachian mountains specifically proved fertile ground for the preservation of these stories in song. This paper discusses the history, preservation and development of the ballad tradition in the British Isles and the United States, looking in particular at the influence of two phenomena– isolation and the interest of outsiders–on preservation and change in traditional ballads. This work also surveys the contemporary culture of ballad singing, relying primarily on interviews with ballad singers, some of whom belong to the eighth generation of singers in Madison County, North Carolina. While the ballad tradition now moves from being a private pursuit as part of everyday life to serving as an art form maintained by public performance and recording, the universal themes in the stories and the power of the music continue to engage modern audiences.
Type
Master's thesis
Department
Graduate Liberal Studies
Permalink
https://hdl.handle.net/10161/9229
Citation
Baker, Wendy (2014). Curious Tales and Captivating Voices: The Ballad Singing Tradition of the Southern Appalachians. Master's thesis, Duke University. Retrieved from https://hdl.handle.net/10161/9229.
Collections
More Info
Show full item record