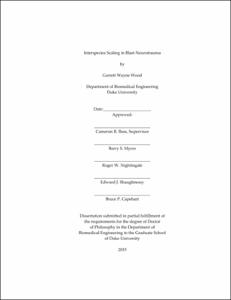 Between October 2001 and May 2012 approximately 70% of U.S. military personnel killed in action and 75% wounded in action were the direct result of exposure to an explosion. As of 2008, it was estimated that close to 20% of all Operation Iraqi Freedom and Operation Enduring Freedom (OIF/OEF) veterans had sustained some form of traumatic brain injury (TBI). Further, blast exposure is also a civilian problem due to the increased usage of explosives in terrorist attacks. Blast injury research has historically focused on the pulmonary system and the other air-containing organs which have been shown through extensive experimentation to be susceptible to blast overpressure injury. A shift in injury pattern during recent conflicts is characterized by decreased incidence of pulmonary injuries with an increase in TBI thought to be associated with blast exposure. This increase in observation of blast TBI has resulted in a large research effort to understand mechanisms and thresholds. However, due to the relatively sudden shift, much of this research is being conducted without a proper understanding and consideration of blast mechanics and interspecies scaling effects.

This dissertation makes major contributions to the field of injury biomechanics and blast injury research. Research presented in this dissertation showed that modern thoracic body armor has the ability to lower the risk of pulmonary injury from blast exposure by attenuating and altering blast overpressure. The study shows that the use of soft body armor results in the pulmonary injury threshold being similar to that for neurotrauma. The use of hard body armor results in the threshold for pulmonary injury occurring at higher levels than that of neurotrauma. This finding is important, as it helps to explain the recent shift in injury types observed and highlights the importance of continued widespread usage of body armor not only for ballistic protection but for protection from blast as well.

This dissertation also shows the importance of interspecies scaling for investigation of blast neurotrauma. This work looks at existing in vivo animal model data to derive appropriate scaling across a wide range of brain size. Appropriate scaling for apnea occurrence and fatality for blast isolated to the head was found to be approximately equal to a characteristic length scaling of brain size, assuming similar brain geometry. By combining the interspecies scaling developed and existing tests data, injury risk models were derived for short duration blast exposures.

The contributions and conclusions of this dissertation serve to inform the injury biomechanics field and to improve future research efforts. The consideration by researchers of the recommendations presented in this dissertation for in vivo animal model testing will serve to maximize the value gained from experimentation and improve our understanding of blast injury mechanisms and thresholds. The injury risk models presented in this work help to improve our ability to prevent, diagnose, and treat blast neurotrauma.