A modular simulation system for the bidomain equations 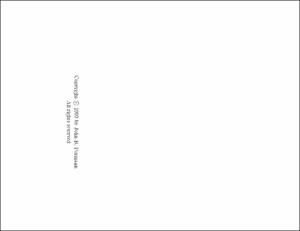 View / Download
84.4 Mb
Author
Pormann, J
Editors
Board, JA
Carin, Lawrence
Henriquez, CS
Marinos, P
Rose, DJ
Repository Usage Stats
222
views
99
downloads
Abstract
Cardiac arrhythmias and fibrillation are potentially life threatening diseases that can result from the improper conduction of electrical impulses in the heart. Experimental study of such cardiac abnormalities are dangerous at best, often requiring the subject to be placed in fibrillation for some time before attempting a large ``rescue'' shock. Thus, most all studies are done in animals and not humans. Furthermore, there is some indication that heart size may have considerable implications for fibrillation and other conduction abnormalities. Thus animal models for defibrillation studies must be chosen with great care. As an alternative, researchers are now using computer simulation to study the factors that generate and sustain arrhythmias, hoping to obtain at least preliminary data to guide fewer, more targeted experimental studies. Computer simulations of the Bidomain Equations have become very complex as they have been applied to many problems in cardiac electrophysiology. More complex membrane dynamics, irregular grids, and 3-D data sets are all being investigated. Software engineering principles will need to be applied to manage this continuing growth in complexity. We propose a modular framework for development of a Simulation System whereby a researcher may mix and match program elements to generate a simulator tailored to their particular problem. The modular approach will simplify the generation and maintenance of the different program elements and it will enable the end-researcher to determine the proper mix of complexity versus speed for their particular problem of interest. The contrary approach, one monolithic program which can run all simulations of all complexities, is simply unrealistic. It would impose too great a burden on maintenance and upgradability, and it would be difficult to provide good performance for a wide range of applications. The modular approach also allows for the incremental inclusion of various complexities in the bidomain model. From a simple 2-D homogeneous, isotropic regular grid, monodomain simulation, we can progress, step by step, to a bidomain simulation with a fully implicit time-integration scheme on irregular, 3-D grids with arbitrary anisotropy and inhomogeneity, with a non-trivial membrane model. Simulations with such a wealth of complexity have not been performed to date. As microprocessors have become cheaper and more powerful, parallel computing has become more widespread. Machines with hundreds of high-performance CPUs connected by fast networks are commonplace and are now capable of surpassing traditional vector-based supercomputers in terms of overall performance. The Simulation System presented here incorporates data-parallelism to allow large scale Bidomain problems to be run on these newest parallel supercomputers. The large amount of distributed memory in such machines can be harnessed to allow extremely large scale simulations to be run. The large number of CPUs provide a tremendous amount of computational power which can be used to run such simulations more quickly. Finally, the results presented here show that a modular Simulation System is feasible for a wide range of pplications, and that it can obtain very good performance over this range of applications. The parallel speed-up seen was very good, regularly achieving a factor of 13 speed-up on 16 processors. The results presented here also show that we can simulate bidomain problems using an implicit time-integrator with an irregular, anisotropic and inhomogeneous, grid and a non-trivial membrane model. We are able to run such simulations on parallel computers, thereby harnessing a tremendous amount of memory and computational resources. Such simulations have not been run to date.
Type
Other article
Subject
simulation
electrophysiology
Permalink
https://hdl.handle.net/10161/11611
Citation
Pormann, J (n.d.). A modular simulation system for the bidomain equations. Retrieved from https://hdl.handle.net/10161/11611.
Collections
More Info
Show full item record