Comparing actual and perceived causes of fever among community members in a low malaria transmission setting in northern Tanzania. 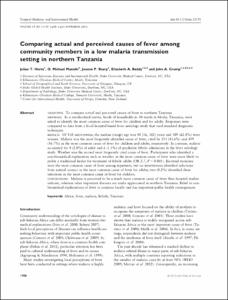