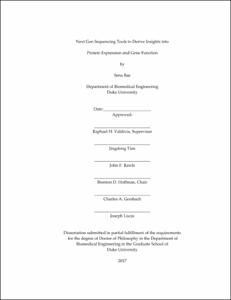 Human physiology is heavily influenced by the colonization of microbes in the gastrointestinal tract. A major roadblock to understanding this process is our inability to genetically manipulate new bacterial species and experimentally assess the function of their genes. In order to map bacterial genes, we describe an application of chemical mutagenesis followed by population-based genomic sequencing. We chose to map genes responsible for motility in Exiguobacterium acetylicum, a representative intestinal Firmicutes bacterium that is intractable to molecular genetic manipulation. We derived strong associations between mutations in 57 E. acetylicum genes and impaired motility and also discovered new motility genes that were previously uncharacterized. We confirmed the genetic link between individual mutations and loss of motility for several of these genes by performing a large-scale analysis of spontaneous suppressor mutations. Furthermore, we generated isogenic strains that allowed us to establish that Exiguobacterium motility is important for the colonization of its vertebrate host.

This methological advance in gene functional analysis of genetically intractable microbes has enabled us to identify 902 essential genes that are directly responsible for growth and survival. This is achieved by large-scale mutant sequencing analysis. By curating the gene list, we assigned the essentiality of genes to uncharacterized genes as well. These results indicate that the genetic dissection of a complex trait, functional annotation of new genes, and the generation of mutant strains can all be accomplished in bacteria without the development of species-specific molecular genetic tools. Ultimately, this advance helps define the role of genes in complex environments.

To investigate the effect of silent mutations in a gene, we have designed and created thousands of AcGFP codon-variant libraries to determine the relationship between codon usage and protein expression. mRNA structures near the initial start codon regions are prominent factor for determining protein expression level, but variation in sequence beyond the start codon region also importantly modulates expression levels.