Estimation and validation of a multiattribute model of Alzheimer disease progression. 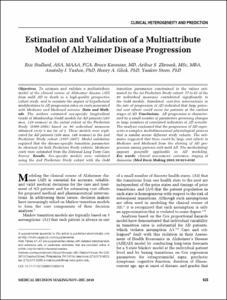