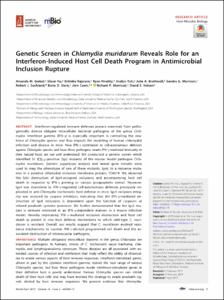 Associate Professor in Molecular Genetics and Microbiology
Bacterial infections remain one of the leading causes of morbidity and mortality worldwide. The Coers lab seeks to understand fundamental aspects of the innate immune response to bacterial pathogens as well as the corresponding immune evasion strategies evolved by human pathogens undermining immunity in order to establish infections. Defining innate immunity and microbial counter-immunity pathways on a molecular level will provide roadmaps for the rational design of novel ant