The temporal dynamics of implicit processing of non-letter, letter, and word-forms in the human visual cortex. 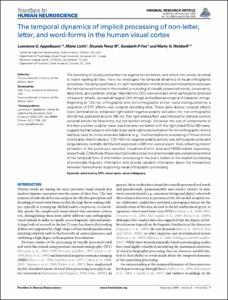