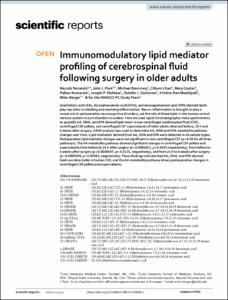 Assistant Professor of Anesthesiology
Delirium and cognitive dysfunction following surgery are associated with significant long-term risk for dementia, diminished quality of life, and increased mortality. Yet, few interventions exist to prevent these neurocognitive disorders, in part due to our poor understanding of their pathophysiologic underpinnings and risk factors. One possible risk factor is obstructive sleep apnea (OSA), a disorder characterized by repeated breathing interruptions during sleep that is highly prevalent yet fre