Coupling of beta2-adrenoceptor to Gi proteins and its physiological relevance in murine cardiac myocytes. 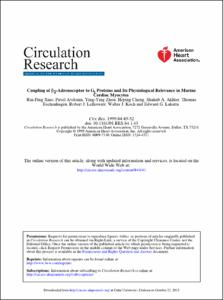