Hierarchical Transition Via Individuation, Not Integration: How the Filamentous Fungi Challenge the Standard Model 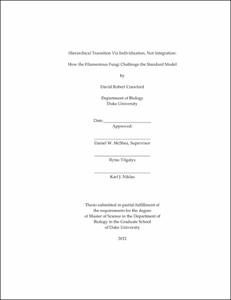